When I arrived at the Astrological Association's Library Open Day last Saturday, the Librarian was holding a book in her hand. 'I think you'll find this interesting,' she said. How right she was!

The book was Titanic Astrology: the Grand Design of a Famous Shipwreck by Eileen Grimes. I've been fascinated by the story of the Titanic since I was a child. However, it gained a new dimension a few years back when my brother told me that one of our distant relatives (a cousin of my Irish grandfather) died in the disaster. An internet search revealed quite a lot of information about her, and her story is particularly poignant. 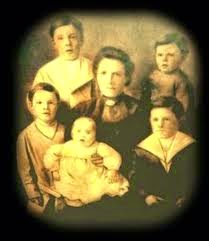 Margaret Rice (née Norton) was born in Athlone, Ireland, on 6th October 1872 but emigrated to Canada with her family while still a child. She married William Rice when she was 19 and they had six sons, though the first-born died when he choked on his dummy. The family moved to Spokane, Washington State, where William worked on the railway. However, he was killed in an accident at work on 24 January 1910, leaving Margaret with five small sons to bring up. With the compensation she received, she bought property in Spokane and also had her husband re-interred in a more expensive grave. The re-interment took place, almost unbelievably, on 15 April 1910 – two years to the day before Margaret Rice and her five sons perished in the icy cold waters of the North Atlantic.

She moved back to Ireland with her children for a while but decided they would have a better future in America. She bought a third-class passage on the maiden voyage of the Titanic, departing from Queenstown (now Cobh) in County Cork on 11th April 1912. In 1998 a Memorial Stone was unveiled in Cobh in memory of the 113 passengers from that port who died on the Titanic (all but ten of those who had boarded). The bronze picture on the Stone shows some of the Irish emigrants on two small boats as they were ferried out to the Titanic. Margaret Rice and her five young sons are also depicted on the monument. 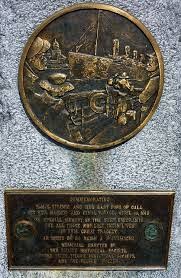 I digress here a minute to say that I was always slightly bemused by the lack of synastry between me and my immediate family. I have read and heard of some quite remarkable family patterns that often work through the generations. In fact, as a young child long before I knew anything about astrology, I wondered if I had been adopted as I felt no connection to the people I was living with. When I looked at Margaret's chart, there were some interesting links, but at the time I thought of them as no more than that. I did some work on her chart in the months leading up to the 100th anniversary of the sinking and then moved on to other things.

However, as I skimmed through Eileen Grimes' book on Saturday I knew I had to look at Margaret's chart again. She mentions 'Titanic degrees' – those between 21-25 of cardinal signs – which are present in the charts of many of the passengers and crew of the Titanic. (They derive from the chart for the Titanic hitting the iceberg). Moreover, they're also prominent in their descendants and in people who are fascinated with the story. These degrees are very significant in my own chart, and I had a vague feeling they figured in Margaret's too. Indeed, I was pretty certain that I was reading about this on or very near to her birthday.

In fact, she has only one planet on a Titanic degree and amazingly it's Neptune, which is conjunct the Sun and Mercury in the Titanic chart. Mercury might be less to do with communication here than with the role of psychopomp (bearer of souls to the Otherworld).

I was curious to see if the Titanic degrees turned up in any of her sons' charts, but so far I've had little success in finding their dates of birth. The only one which seems to be reliable is that of her youngest son Eugene, born on 13th October 1909 – little more than three months before her husband's death. He has a Grand Cross in cardinals that picks up a similar pattern in my own chart, but falls just outside the Titanic degrees. However, if you progress his chart to the date of his death (at two and a half years old), his progressed Sun has moved into the Titanic degree area.

I should add that I don't have times of birth for either Margaret or Eugene so I've chosen the liminal times of dawn and dusk – they felt more appropriate than the harsh glare of the midday sun. This just happens to give them Ascendants on or near the Titanic degrees but of course they aren't necessarily correct. Likewise their Moon positions can't be considered reliable.

I'm still looking at these charts and I'm hoping to continue writing about this over the next few days.
Posted by Unknown at 17:39