Charles Carter was one of the great English astrologers of the twentieth century. With Alan Leo, John Addey and Charles Harvey, Carter transformed astrology in England. He introduced technical and philosophical innovations and participated in a number of key institutional developments.

Charles Carter was born on 31 January 1887 at 10:55PM in Parkstone, Dorset. He had an Aquarian Sun in the 4th house, and Uranus rising in Leo just into the 12th. At his birth, Saturn had just culminated in Cancer. With this combination of rising Uranus and an elevated Saturn, Carter was well-figured to lead the astrological world. He died in October 1968. 1

His astrological service included a number of key appointments. In 1922 Carter followed Leo as the President of the Astrological Lodge of London and revived the institution. In 1948 he became the first Principal of the Faculty of Astrological Studies. In 1958 he became a founding Patron of the Astrological Association of Great Britain. Carter's legacy is remembered at the annual Astrological Association conference. A leading astrologer is invited to deliver the Carter Memorial Lecture as the central plenary session of the event. This invitation is one of the highest accolades an astrologer can receive.

Carter wrote a number of significant books including The Principles of Astrology (1925), Zodiac and the Soul (1928) and Essays on the Foundations of Astrology (1947). He reflected on key philosophical issues in The Seven Great Problems of Astrology (1927). He advocated the use of some innovative directional methods in his slim volume Symbolic Directions in Modern Astrology (1929).

Charles Carter introduced a technical innovation that is almost forgotten today - his poli equatorial house system. He described his system of domification in Essays on the Foundations of Astrology. The method is found in Chapter 8, Problems of the Houses. In the chapter, Carter reviews many of the principle systems of domification including the Regiomontean, the Campanean, the Equal and the Placidean. He then introduces his own method so nonchalantly that the reader may miss the significance of the text.

Carter writes that in his poli equatorial method “...the houses are demarcated by circles passing through the celestial poles and dividing the equator into twelve equal arcs, the cusp of the 1st house passing through the ascendant. This system, therefore, agrees with the natural rotation of the heavens and also produces, as the Ptolemaic (equal) does not, distinctive cusps for each house....” 2

The following table sets out the basic elements of the four equatorially-based systems of domification.

Holden describes Regiomontanus, Morinus and Meridian as house systems as space-based methods of domification. Although the Earth's rotation determines the length of our day (a time factor), Holden's view is that the equal division of the equator in each system is primarily a division of the celestial sphere as a spatial unit. 3 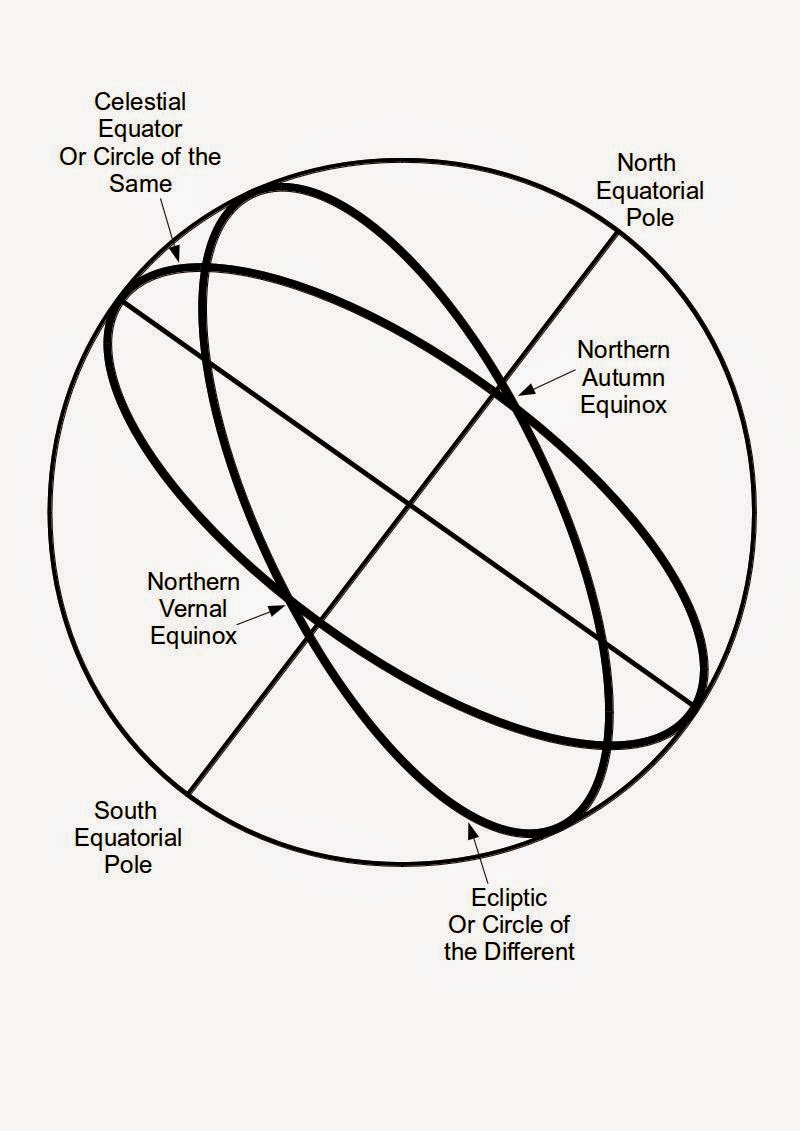 Figure 2: The Equatorial Frame of Reference

In Carter's poli equatorial house system, we find a method of domification that draws on ideas from Platonic cosmogony and cosmology, being derived from equal divisions of the circle of the Same (celestial equator) projected onto the circle of the Different (ecliptic). The ascendant is used as the cusp of the first house. In developing a method of house division that uses the circles of the Same and Different, Carter gives us a system of domification that is integrated with Platonic philosophy. This philosophy is so often the unspoken foundation of much astrological lore.

A good example of the poli equatorial house system in action is the Exeter Astrology Group's own natal chart. (See below) In this chart the important Venus-Uranus opposition is moved to within a few minutes of arc of the 4th-10th axis. This symbol describes the purpose of the group of the group very clearly - a public gathering of friends (Venus-10th cusp) built around the foundations of a shared interest in astrology (Uranus-4th cusp).

The solar identity of the group is in the collectively focused 11th house, and Mercury, being the classical symbol for astrology is close to the cusp of the 12th, the spiritual house. Jupiter, often in the 2nd house using mainstream systems, moves to the cusp of the 3rd house, a symbol for a group dedicated to learning and sharing information of a spiritual and philosophical nature. The poli equatorial system is clearly effective in this delineation. 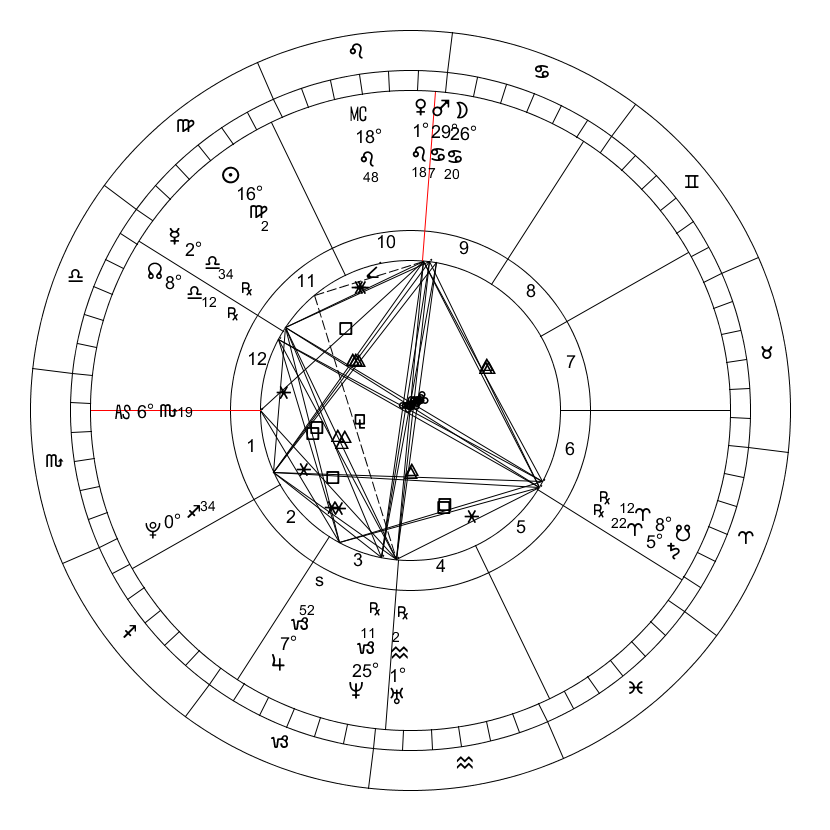 The cusps are listed below:

(Note to programmers - if you would like a simple BASIC program to calculate poli equatorial house cusps, please contact the author via the EAG website. This program is provided on an open source basis to promote the inclusion of poli equatorial houses in commercial and non-commercial astrological software. You may adapt it to your own needs/programming language.)

It is disappointing that Carter's method of domification is so little used. It is not mentioned in key texts that describe the principles of house systems. It is not offered in any of the main programmes available in the astrological software market. Furthermore, there is very little information about the system available on the internet. I have never seen a published chart delineated according to the poli equatorial system apart from Carter's own examples. 4

In Carter's day, his method had one undeniable advantage – it needed a single table of houses. This meant that calculation of houses cusps was simplified. Once the ascendant had been calculated, the other cusps could be read directly from a page of data. This is because poli-equatorial cusps are not latitude-dependent (once the ascendant has been identified). Carter's system has other benefits. It creates houses that are more or less equal, in terms of the twelve divisions of the ecliptic that they demarcate. This minimises the issue of intercepted signs.

The system will occasionally fall down in charts where the calculation of the ascendant is problematic. This only occurs in extreme polar latitudes. However, Rob Hand notes that this difficulty is more theoretical than practical. The identification of an ascendant in these latitudes is only impossible when the horizon and ecliptic coincide. According to Hand “...this occurs for only an instant and only on the infinitesimal band of the Arctic and Antarctic circles, so it is not a serious drawback in practice.” 5

Carter's system has a clear advantage over quadrant based methods of domification in polar latitudes because it does not rely on the need for an identified midheaven and ascendant. This issue can be a difficulty because the ascendant and meridian can coincide at times. More commonly, the midheaven and ascendant can fall close together on the ecliptic in high northern latitudes. This leads to gross discrepancies in the size of quadrant houses when measured on the ecliptic.

In Essays on the Foundations of Astrology, Carter provides a number of interesting case examples to illustrate his poli equatorial system. He looks at charts for Tennyson, the great Victorian poet, King Edward VII, and Emily Popejoy.

In the King's chart, Carter points out that with the poli equatorial system, “The presence of the Moon, in close square to Saturn, on cusp 10 seems peculiarly appropriate to the native's strict upbringing and suppression by his royal Mother, who refused for many years to allow him to take part in public affairs. Venus in the 10th agrees with his popularity and that of his consort.” 6 In other systems, the moon would fall variously in the eighth or ninth houses; in most systems Venus would fall solidly in the cadent ninth.

Carter notes Tennyson's tight Mars-Uranus conjunction falls in the sixth house in many house systems. He concludes that this symbolism “...seems inappropriate to the native's robust health....” 7 Carter suggests this pair “...would be much better placed in the 5th, indicating the emotional tragedy which led to In Memoriam and the death of the poet's son of fever.” 8 Using the poli equatorial method, Uranus and Mars fall in the fifth house, suggesting the unexpected death of a child. He also notes that in the poli equatorial system, Jupiter moves from the cusp of the twelfth house onto the cusp of the eleventh house which “...seems to agree much better with the poet's phenomenal success....He won fame, rank and money.” 9

Carter's method of domification also has some practical benefits, including house cusps that fall more or less equally on the ecliptic and have unique degrees. The astrologer has to accept that the midheaven is unlikely to form the cusp of the tenth, but, as Carter has demonstrated, this may, in practice, yield important interpretative insights.

We should do Carter the honour of looking at his own nativity using the poli equatorial method he devised. In many systems, including all quadrant based methods of house division, his highly elevated Saturn falls in the cadent ninth house, being just beyond the culminating degree in the diurnal circle.

Despite Saturn's lack of traditional dignity, this placement is an adequate symbol for his fine philosophical mind. His astrological vision moved subtly between the realms of the Platonic world of Ideas and the mundane world which we inhabit. However, this image does not carry the authority of a man who served the astrological community at the highest levels for many years.

However, when we use his own poli equatorial method of domification, Carter's Saturn falls a few degrees inside the tenth, the cusp being at 14 Cancer. This is testament to Carter's own observation that his poli equatorial method, having many of the advantages of the straightforward modus equalis or Ptolemaic system, has the further benefit of yielding cusps that carry a unique mundane signature. 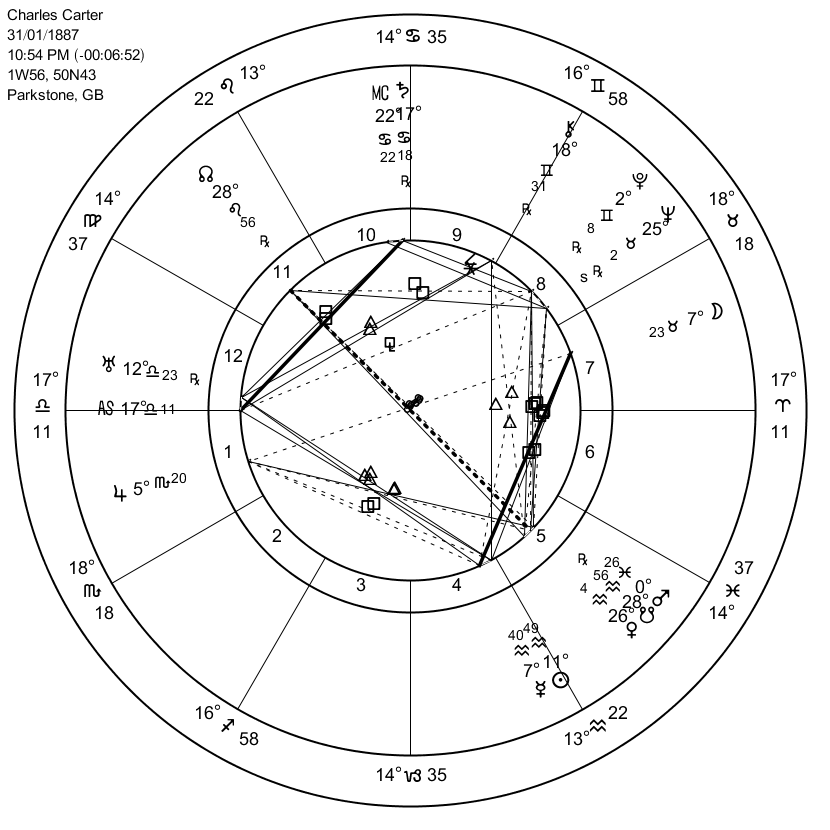 This symbol – Saturn in the tenth house - clearly identifies Charles Carter's authority and acumen. He worked to establish and maintain the institutions that still embody the mainstream traditions in English and British astrology. He took a large share of responsibility for the good governance of some of the key political and educational institutions that represent our cosmic art. There can be no higher recommendation for Carter's poli equatorial house system than this signature from his own nativity.

1.      Further details of Carter's life and astrological legacy can be found at www.charlescarter.co.uk, a memorial site established and maintained by the Wessex Astrology Group. Charles Carter's birth details are published on this site.

4.       A pdf copy of Carter's original Poli-equatorial Table of Houses can be downloaded from http://www.charlescarter.co.uk/marriage-house-system.html#housesystem for readers who may wish to try the system. Carter produced this table in January 1946. In a charming aside, at the foot of p. 159 of Essays on the Foundations of Astrology, Carter invites readers to contact him for “A set of tables may be obtained from the author, price 6d, post paid, for those who wish to experiment.” The cloud-based software, astroapp (www.astroapp.com), has the poli-equatorial method programmed as one of their range of house systems.

5.      Rob Hand (1982) Essays on Astrology. p. 136. Hand says that what is critical when working with charts at extreme latitudes is to have a clear definition of what is to count as the ascendant. See Hand (1982) p. 132 for more details on definitions of the ascendant.

Thank you, you lovely people this is just what I was looking for! Best wishes Sally

Thanks Sally - glad you appreciated the blog entry. Ed