The February 2015 new moon is an interesting one. It falls in the very last few minutes of tropical Aquarius. The new moon is at the midpoint of transiting Uranus and Pluto, which are in the final throes of their seven-time square.

Dane Rudhyar and others have speculated that this sign change for the star associated with the Heart of the Lion (Leo) marks the beginning of the Age of Aquarius. This is because the star falls exactly 150 degrees from the Vernal Equinox.

Regulus is the stellar king, being one of the brightest stars in the sky, but also the brightest star lying closest to the ecliptic. This makes it a natural fiducial star, one that might be used to measure the passage of ages.

The following chart shows the new moon for 18 February 2015, set for Exeter. Interestingly, the opposition Sun-Regulus occurs more or less exactly as the star culminates at this longitude. 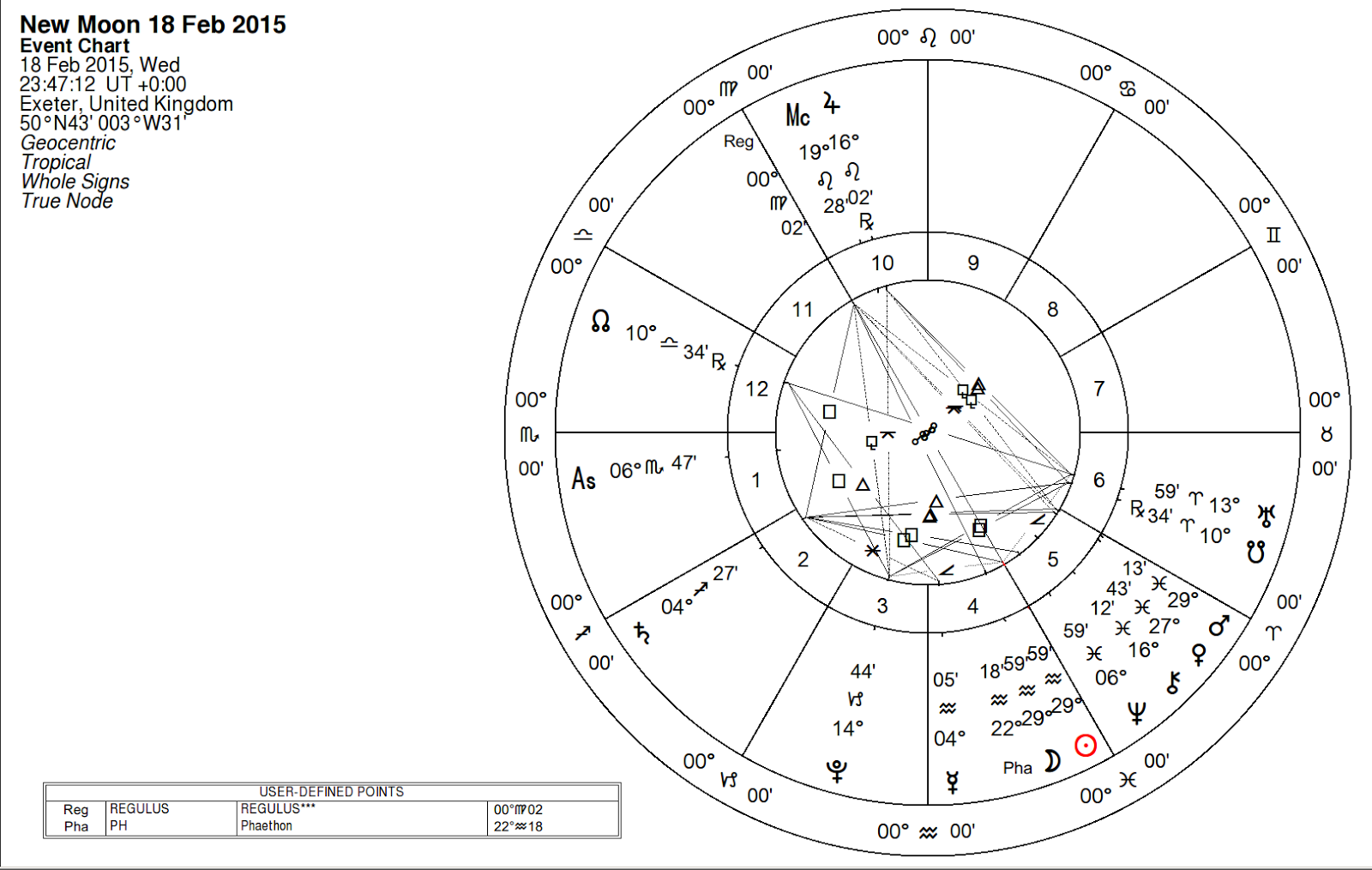 In the latter part of 2015, Jupiter will conjunct Regulus as it enters Virgo. This may mark a major turning point in some of the issues that currently beset the world, including conflicts in Ukraine, the Middle East, and North Africa.

One interpretation of the movement of Regulus into Virgo is that much of the world's current attachment to monotheistic religion may wane. It will be worth watching the transit of Jupiter to Regulus to see if this bears out.
Posted by Ed @ EAG at 18:40