President Obama will be formally inaugurated as the President of the United States of America on Monday 21 January 2013 at 12 Noon. The following chart shows the astrological picture in Washington DC at this time. 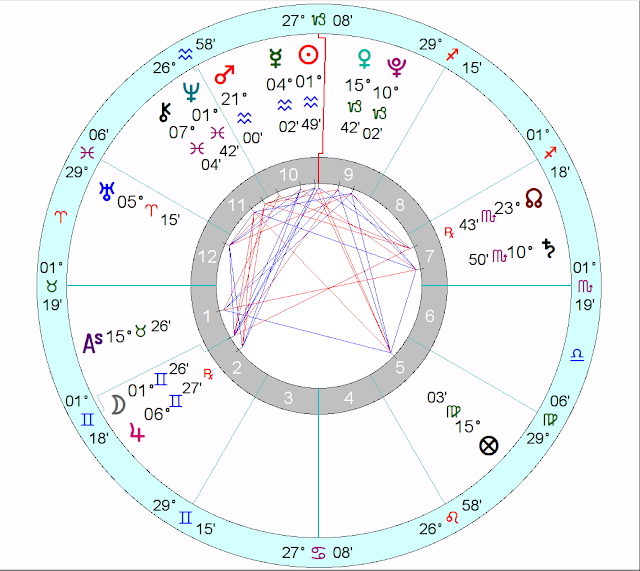 On most occasions, the Presidential inauguration will occur on 20 January. However, the ceremony is not conducted on Sundays. Hence, President Obama will be sworn in on Monday 21 January this year. Obama's first inauguration took place on 20 January 2009, with the angles at 14 TA 03 (ASC) and 26 CP 09 (MC).

This date - 20 January - has been used since 1937 for most Presidential inaugurations. The date was changed in the Twentieth Amendment of the United States Constitution on on 23 January 1933.

Section One of the Amendment says:

This makes inauguration charts interesting because the angles for the occasion remain more or less the same, symbolically, from ceremony to ceremony. Of course, the actual swearing in may occur at a slightly different time from noon depending on delays etc.

This makes the upcoming transit of Pluto to the Presidential 'MC' in late Capricorn a potentially challenging time for the incumbent elected in 2020 and sworn in in 2021. This Pluto transit will occur during 2020-2022.

Uranus will  transit square the Presidential MC from late Aries from mid-2017 to mid-2018. The combination of the Uranus transit and the forthcoming Pluto transit, both to the Presidential MC, suggests the office may be subject to a high degree of change and transformation during the five years from 2017.

Both planets were prominently involved during the period of time between the enactment of the Twentieth Amendment in 1933, and its implementation with F D R's second inauguration in 1937.

Neptune transited the Presidential MC during 1996, the last year of Clinton's first term.

For an interesting perspective from Hellenistic astrologer Chris Brennan, on whether Obama's term starts on 20 January 2013, or 21 January 2013, see:

The enactment of the public ritual of inauguration on Monday 21 January 2013 lends this date great power in the imaginations of the American people, and it may reflect a broad popular view of Obama's second term.

It is worth noting that Obama re-took the Oath following his first inauguration because of concerns that a small mistake my lead to his political legitimacy being contested.

Email ThisBlogThis!Share to TwitterShare to FacebookShare to Pinterest
Labels: Obama