The Ascendant in Polar Latitudes - Reverse and Direct

The ascendant seems to behave unpredictably in polar regions, i.e., in areas above the arctic circle and below the antarctic circle. The ascendant seems to leap around, from one edge of the horizon to the other, and is sometimes direct and sometimes 'retrograde'. Some degrees never rise, and consequently can never set; some degrees never set, and consequently can never rise. However, the behaviour of the ascendant in polar latitudes is quite predictable and follows an understandable course.

The following description applies to all polar latitudes. However, as one travels north (in the northern arctic circle) fewer and fewer degrees rise and set in the conventional sense (i.e., in the manner that is observable in sub-polar latitudes). I will look at the situation at 70 North, which is around 3 1/2 degrees north of the arctic circle. At this latitude the two signs around the summer and winter solstices don't rise and set. The summer signs, Gemini and Cancer, remain above the horizon (i.e. are circumpolar and never set). The winter signs, Sagittarius and Capricorn, remain below the horizon and never rise.

It is worth bearing in mind that the phenomena associated with circumpolar and sub-horizon signs in the polar regions are related to the astrological concept of antiscia. Antiscia are pairs of degrees that fall equidistant from the winter and summer solstices. So the first circumpolar degree at any particular latitude (i.e., the first degree that doesn't set at the latitude), is the antiscion of the final circumpolar degree at that latitude. Degrees between the two antisicia are ones that remain above the horizon. A similar explanation may be given for sub-horizon signs in polar regions.

The following data is taken from a table of RAMC (right ascension of the MC) in Alan Leo's Casting the Horoscope. This book forms one part of Alan Leo's classic instructional textbooks for astrologers. Leo's tables give the RAMC for every latitude from the equator to 70 North. The ascendant for each latitude and RAMC can be read from the table. The RAMC for a given latitude also shows the MC.

The tables show that when the RAMC is 237 degs 03 mins (15 hours 48 mins and 12 secs) 29 Scorpio 15 is on the midheaven. This degree in Scorpio is the last degree to join the meridian before the phenomenon of sub-horizon midheavens occurs. At this time 29 Scorpio 15 also forms the ascendant. At polar latitudes, twice a day, the ascendant and MC will conjunct on the horizon due south of the observer. This is the first instance of the ascendant and MC conjoining. (See 1. in the image below.)

Leo's tables also show that the last degree to rise at 70 North (i.e., before the circumpolar zone of the zodiac) is 29 Taurus 15 - at RAMC 237 degs 03 mins (sidereal - 15 hours 48 mins and 12 secs). What is to be made of this? What the tables are illustrating is that at the moment the ascendant conjoins the MC due south at RAMC 237 degs 03 mins, the opposite degree in Taurus immediately begins to rise due north. At the same time the last degree of Scorpio becomes the descendant and begins to set. It is often said that the ascendant has 'flipped'. However, it is more accurate to say that the rising degree has passed from the final degree of Scorpio to the final degree of Taurus. This 'handover' occurs because of the way that the ecliptic moves in relation to the horizon in polar latitudes. (See 2. in the image below.)

What happens now is even more unusual, at least when compared to the principles of astrology in tropical and temperate regions. The ascendant degree begins to move along the eastern half of the horizon in a 'retrograde' fashion, with the later degrees in a sign rising before the earlier degrees. So, for example, 25 Taurus, in polar latitudes above 70 north, will rise before 20 Taurus, and this degree rises before 10 Taurus and so on. However, the degrees will rise in an orderly fashion, with each degree rising in sequence, but in reverse order to that observed in sub-polar latitudes. Notice that signs will also follow each other over the horizon in reverse order, with Taurus rising before Aries, Aries before Pisces and so on. To clarify this point, consider that in tropical and temperate zones the degree to rise after 29 Taurus would be 00 Gemini. However, in this example from the polar zone, 28 Taurus rises after 29 Taurus, and this is followed by 27 Taurus.

This phenomenon occurs because the ecliptic lies close to the plane of the horizon in polar latitudes. This means that rather than rising at a large angle to the horizon, the ecliptic appears to be 'peeled away' from the horizon, from the north point of the horizon to its south point. This is most noticeable when the ascendant is in reverse in the sense that I have described it here. The other notable feature of this retrograde ascendant is that the 'twelfth house' is below the horizon and the 'first house' is above the horizon. This is quite different to most astrological house systems in tropical and temperate regions where the twelfth house is above the horizon and the first is yet to rise (in the sense that is it has appeared above the horizon). The implications of this will be considered in a later article, looking at house systems in polar regions.

The ascendant now moves rapidly along the eastern half of the horizon towards the point due south of the observer. At times, around ten degrees of the ecliptic can rise in less than eight minutes (the first decan of Aries at 70 North). When the rising degree reaches the antisicion of 29 Scorpio 15 - 00 Aquarius 45 - the ascendant is again conjunct the MC. The midheaven, in the time that it has taken the ascendant to travel backwards from 29 Taurus 15 to 00 Aquarius 45, has travelled from 29 Scorpio 15 to 00 Aquarius 45. (See 3. in the image below.) This occurs at RAMC 302 degs 57 mins (sidereal - 20 hours 11 mins and 48 secs). In total the ascendant has been rising in reverse for 4 hours 23 mins 36 secs and has covered nearly half the zodiac.

At this point, the rising degree is immediately handed to 00 Leo 45 - due north of the observer. (See 4. in the image below.) From this point, until 29 Scorpio 15 again becomes the ascendant and MC conjointly due south of the observer, the ascendant will rise in the way that it does in sub-polar regions, with earlier degrees in a sign rising before later degrees. The order of the signs will also be preserved, with Leo rising before Virgo, etc. During the time that the ascendant moves from 00 Leo 45 to 29 Scorpio 15 the midheaven moves methodically (at the rate of one degree every four minutes) through the rest of the zodiac from 00 Aquarius 45 to 29 Scorpio 15. It 'chases' the slowly rising ascendant, eventually 'catching' the rising degree in the last degree of Scorpio. The movement of the ascendant from 00 Leo 45 to 29 Scorpio 15 takes 19 hours 36 mins 24 secs. The polar ascendant cycle then repeats during the next diurnal phase. All midheavens between 00 Aquarius 45 and 29 Scorpio 15 will be formed above the horizon, in the way that the MC is observed in tropical and temperate latitudes.

The following diagram summaries the movement of the ascendant and midheaven at the polar latitude of 70 degrees north. The cycle begins at 1. and concludes at 4. before returning to 1. for a further diurnal cycle. 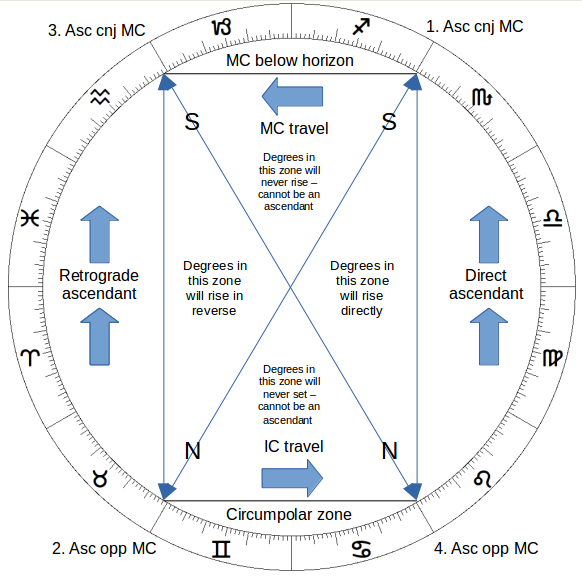 Figure 1. The Ascendant and Midheaven at 70 Degrees North

This article is the third part of a series of pieces exploring the ascendant, midheaven and houses in polar regions. Readers are directed to preliminary blog entries on the definition of the midheaven and ascendant using the concept of zenith distance.