Pholus in the nineteenth century

I've been looking at, and musing over, the last two cycles of Pholus – which conveniently span two centuries. But they're so different, I've been asking myself where does Pholus fit in all this, if at all.

The answer may lie in the fact that Pholus is strongly linked to the imagination. He travels further than most of the Centaurs I've worked with, in the sense that he crosses the orbits of several planets. By way of comparison, Chariklo orbits sedately between Saturn and Uranus and she's the most 'steady state' of the Centaurs. Pholus picks up on more than most on his journey, and he spends more time in the region of Neptune and Pluto than he does around Saturn – so he's a free spirit for the greater part of his cycle.

If we look at the nineteenth century, this Pholus cycle encompasses two major Neptune conjunctions – the Uranus-Neptune in the early 1820s and the Neptune-Pluto at the beginning of the 1890s. Neptune too is strongly imaginative – our ideologies, world-views and so on arise from the mass consciousness that is Neptune. And even though we talk about living in the real world, or harangue people to 'get real,' we actually have no idea of what really is real, because what we call the real world is simply a mutually reinforced delusion which shifts and changes and eventually disintegrates when that particular version of reality no longer serves us. (And then the Uranian 'awkward squad' comes along and blows holes in the failing consensus of what's real – but that's another story!). 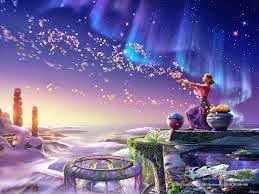 As well as being Keeper of the Sacred Wine Jar, Pholus is also Storyteller to the Gods. Storytelling, like fairy tales and imagination itself, has been relegated to the 'trivial pursuits' level in our bright, shiny, techno-world, but it's an ancient tradition which stretches back to a time long before Homer (who simply started writing the stories down). The storyteller was custodian of the tribe's traditions and also their memory. When storytelling comes from a deep source, the words spring from the visions, not the visions from the words. The storyteller's task was to bring the story alive for the whole tribe, so things like literary style didn't come into it.

All Centaurs are liminal figures, go-betweens, so Pholus in his role as storyteller can draw tales out of that vast, imaginative Neptunian ocean and bring them through into our consciousness. And that's what seems to be happening in the nineteen century, as some of the most imaginative writers – many of whom are still read and enjoyed today – were either born or published during significant parts of the Pholus cycle, or when Neptune was in one of its major conjunctions.

However, at the very start of Pholus' cycle in the 1800s – when the lid was firmly on the jar – there's no discernible Pholusian activity. The period that Pholus was within Saturn's realm extended from 1807 to 1813, with the perihelion on 3 March 1810. It was business as usual, namely War, Industry and Empire. I couldn't find any notable births nor marked signs of imaginative activity. For sure the lid was well and truly on. 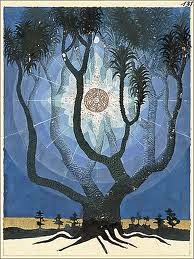 The period around aphelion is a different matter altogether. It extends from 1843 to 1868, with aphelion on 20 July 1855. Firstly, Neptune was discovered in 1846 – once again emphasising the Neptunian feel of this cycle. Events that followed include the rise of spiritualism (the Fox sisters' table-rapping), the foundation of the pre-Raphaelite Brotherhood and the publishing of the Communist Manifesto in 1848, all quite Neptunian. Also in 1848 – but perhaps more to do with the Uranus-Pluto conjunction that was building – was a wave of revolutions in Europe, though these fizzled out almost as soon as they began. Then in 1854, shortly before aphelion, the essay 'Walden' was published. Written by Henry David Thoreau (born 1817, shortly before the Uranus-Neptune conjunction) this is a reflection on simple living in natural surroundings which is often cited by environmentalists today.

Then after the aphelion, we have a remarkable cluster of births ranging between 1859 to 1868. Many of them wrote imaginative fiction but there are others who used their imagination in other ways and many of their names are iconic. To give a few examples: Sir Arthur Conan Doyle (1859) author of the famous Sherlock Holmes stories and also a spiritualist, Rudolf Steiner (1861) educationalist and mystic, Henry Ford (1863) who introduced assembly lines and mass-produced cars, Arthur Machen (1863) author and mystic, W B Yeats (1865) poet and mystic, H G Wells (1866) author and socialist, Marie Curie (1867) researcher of radioactivity and winner of two Nobel prizes (and the first woman to be awarded one), and Robert Falcon Scott (1868) leader of the ill-fated expedition to the Antarctic. Additionally, Jules Verne's imaginative work was first published during this period, including Journey to the Centre of the Earth published in 1864.  All of these individuals have Pholus contacts in their charts, with aspects to Moon, Venus and Mercury occurring frequently. 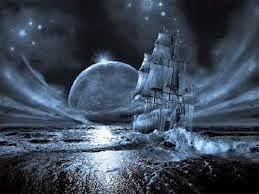 There are incidents associated with two of these writers so reminiscent of Pholus' 'genie out of the bottle' side that I just have to share them.  The first is the story of the Mary Celeste, the ship that was found abandoned. Sir Arthur Conan Doyle wrote a short story loosely based on this, but with fictional elements introduced, such as accounts that the ship was in an almost perfect state when discovered (when in fact it had been in heavy weather and was water-logged) and that all the life-boats were still present (when one was actually missing).  The fictional account then took on a life of its own.  Written as an eye-witness account, it subsequently appeared in the press as a true account of the event.  Even the fictional name Marie Celeste was the one that stuck in the public's mind.

The second is similar in that Arthur Machen published a short story called The Bowmen in the London Evening News in September 1914, following the British retreat at the Battle of Mons the month before.  It described how phantom bowmen from Agincourt, summoned by an English soldier, had destroyed a host of German troops.  Machen received several requests for permission to reproduce the story in parish magazines, and on one occasion was asked to give details of his sources.  When he replied that there were no sources as the account was fiction, he was told he was mistaken because the incident really had happened.  Again, The Angel of Mons assumed a  life of its own and acquired embellishments, including accounts of German bodies on the battlefield with arrow wounds. As Machen ruefully said, 'The snowball of rumour has been rolling ever since, growing bigger and bigger, till it is now swollen to a monstrous size.'

As Pholus' cycle drew to a close at the end of the nineteenth century, passing once again into Saturn's sphere in 1897, there was a final flowing of imaginative writers such as C S Lewis (1898) and Jorge Luis Borges (1899).  Indeed, the entire decade gave birth to  some impressive names, including J R R Tolkien (1892), Aldous Huxley (1894), Dane Rudhyar (1895) and Robert Graves (1895).  But once Pholus reached perihelion in 1901, things changed completely.  More of that later.

I'll end with a few lines by Walt Whitman, a poet born around the Uranus-Neptune conjunction of 1821, which suggest something of Pholus' journey:


Darest thou now O soul,
Walk out with me toward the unknown region,
Where neither ground is for the feet nor any path to follow?
No map there, nor guide,
Nor voice sounding, nor touch of human hand,
Nor face with blooming flesh, nor lips, nor eyes, are in that land.
I know it not O soul,
Nor dost thou, all is a blank before us,
All waits undream'd of in that region, that inaccessible land.
Till when the ties loosen,
All but the ties eternal, Time and Space,
Nor darkness, gravitation, sense, nor any bounds bounding us.
Then we burst forth, we float,
In Time and Space O soul, prepared for them,
Equal, equipt at last, (O joy! O fruit of all!) them to fulfil O soul. 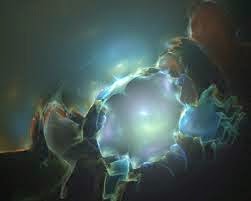