Pholus in the twentieth century and beyond

Pholus was next at perihelion at the start of the twentieth century, on 4 February 1901. The period he was in Saturn's realm – and the lid was on the jar – stretched from 1897 to early 1904. I'd found this part of his previous cycle very quiet, as if the lid were not just on, but firmly screwed down. The situation this time round couldn't be more different. You would need someone with the strength of Heracles to keep the contents in the jar, at least in the period following the perihelion. The reason for this – and the keynote for the whole of this Pholus cycle – was that on this occasion Pholus was dancing not with Neptune but with Uranus and Pluto. The result is a much darker experience of Pholus. It is not an exaggeration to say that, by the time he had passed from Neptune's and into Pluto's realm, Pholus was staring into the Abyss.

This perihelion occurred shortly before the first of several exact oppositions between Uranus and Pluto during 1901-2 which formed the backdrop to the scientific revolution that shaped the twentieth century. There were notable births and significant events in the years following Pholus' perihelion. The first was Werner Heisenberg, a theoretical physicist who contributed to early work on quantum mechanics and is best known for the Uncertainty Principle – a term which, though it refers to the behaviour of sub-atomic particles, could well sum up the entire century. Heisenberg was born on 5 December 1901, and exactly a week later (12 December) the first radio signal was sent across the Atlantic. Two years later, on 17 December 1903, aviation pioneers Orville and Wilbur Wright made the first powered, controlled and sustained flight and, shortly after Pholus left Saturn's realm, Albert Einstein published his Special Theory of Relativity (1905). We were not so much sailing into uncharted waters as cutting the ties that bound us to the planet.

Culturally, there was one interesting birth during this period, namely that of Eric Blair, better known as George Orwell, who was born in 1903. Gone were the fantasy worlds of Middle Earth and Narnia.  They were replaced by a gritty realism in which Orwell described experiences like being down and out in Paris and London, and fighting in the Spanish Civil War.  He also wrote perhaps the most famous of dystopias, 1984, the background of which is loosely based on wartime Britain. It's interesting to compare this with the other famous dystopia that was circulating round my class clandestinely in the mid-60s – Aldous Huxley's Brave New World. (Both were much more interesting than our set books and ever so slightly subversive). Huxley was born in 1894, during the decade of the Neptune-Pluto conjunction. Many astrologers point to this conjunction as the start of a new era because it's such a long cycle – nearly 500 years. Huxley's story is about a hedonistic, consumer-oriented society in which anything old is despised, whereas Orwell's is of a grim society in a perpetual state of war where your every move is monitored and even your thoughts aren't private. We used to speculate about which of these was the more likely to happen. Nearly fifty years on, we seem to have achieved the impossible and manifested both.

Moving on to the period when Pholus travels beyond Neptune, between 1934 and 1957 with aphelion on 9 July 1946, the first thing that struck me was that Pluto was discovered shortly before (in 1930) and as we know very quickly made his presence felt through the Great Depression and, in Europe, the rise of National Socialism. This has such a different feel to it from the previous period in the mid-1800s when Neptune was discovered, the utopian Communist Manifesto was published and the Fox Sisters were table-rapping – although once put into practice, Communism didn't remain utopian for very long (Orwell's Animal Farm is relevant here).

The early part of this period was one of rising tension as the war machine started to crank into action, embarking on a six-year period of wholesale slaughter which was finally ended by the dropping of atom bombs on Hiroshima and Nagasaki in August 1945. The technology that made these bombs possible had, of course, arisen as from scientific discoveries such as Einstein's earlier in the century. In my book, they have 'Pluto' stamped all over them, as does the Holocaust. Interestingly, the word itself means 'burnt offerings,' which again is very Plutonian, whereas in fact the many people who went to their death in Nazi concentration camps were gassed, which is very Neptunian. 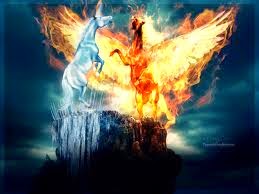 While the image imprinted on the mind for the first part of this cycle is that of conflagration, that for the second is of cold and iron. As the world emerged from its period of temporary insanity, the Iron Curtain came down and the Cold War started. In fact, they continued for the remaining part of Pholus' cycle, as the world divided into two camps on one side of the Curtain or the other until the Soviet Union disintegrated in 1991. The threat of nuclear war dominated this period, with many countries building up their nuclear arsenal and testing nuclear weapons, especially in the 1950s.

As Pholus once again returned to Saturn's realm in 1988, things began to change. It was as if the immense forces that were unleashed in the 1940s were finally settling down. It marked the end of the Reagan-Thatcher era, during which the Market Economy became established. A year later, the Berlin Wall fell and over the next few years the Communist bloc fell apart. By the end of 1991, only a few months after the Pholus perihelion, the Soviet Union no longer existed.

Neptune had not been a major player throughout this Pholus cycle, but it once again came to the fore as Pholus reached perihelion on 24 September 1991. Take a look at the chart, which is set for London. Two things stand out: the Pholus-Saturn opposition and the beginnings of a Uranus-Neptune conjunction, which is exact during 1993. Pholus left Saturn's realm again in 1994.

The major manifestations of the Uranus-Neptune conjunction to date are the Hubble telescope and its opening up of outer space, virtually back to the Big Bang, and the internet, which has made it possible to link up people all around the world. Wonderful though they both are, they're technological (hardly surprising with Uranus involved), superficial and deceptive (Neptune). What I mean is that the wonderful images we see from deep space are just that: images. They're not real. Even if we could travel that far out, we'd never see those abstract shapes and beautiful colours because they're not there, they're just computer-enhanced images. Likewise, though the internet might have spawned the beginnings of a global consciousness, it could also be likened to the experience of swimming in shark-infested waters. People on the net aren't necessarily who they say they are and there's a dark underbelly of very nasty stuff lurking not very far beneath the surface.

It's also striking that, though we can now travel to the farthest reaches of the universe and link hands with our brothers and sisters around the globe, there's as much reluctance as ever to plumb the depths, both our own and those of the planet. People seem to be more obsessed than ever with surface stuff like looks, status and celebrities (the glamour of Neptune) to the detriment of values such as honour and integrity. And the disappearance of Flight MH370 has brought home only too well how little we know about the deep ocean depths.
A word about the Pholus-Saturn opposition: Juan Revilla, an astrologer and one of the pioneers of Centaur research, has pointed out that Pholus and Saturn remained in opposition (on and off) from perihelion until February 1999, when the last opposition occurred on the final degree of Aries (http://www.expreso.co.cr/centaurs/essays/winged1.html). He suggests that Saturn clipped Pholus' wings during this period but once the oppositions were over it left him free to fly. We're still in the early days of the 171 year long Uranus-Neptune cycle, so it remains to be seen how the rest of these cycles play out.  Those born at the start of them are barely into adulthood, for one thing.

Pholus, however, is now working with Neptune again, which suits his nature and has the potential to yield many rich gifts when he moves into the Unknown Region once again, a period which begins in 2023. 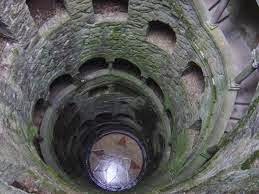